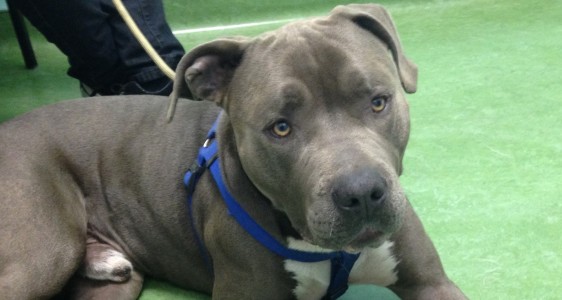 This is a long one and so heartbreaking. A long, convoluted, and unresolved road so far after Shadow was shot by Ventura PD for doing what any dog would do…defending his family! He spent some time at the shelter and then in boarding, and was finally released into a foster home where he is thriving while we (still) await some resolution to the matter.

Aug 14, 2016 — Shadow and his foster fursister Kayla are getting along juuuuuust fine 🙂 In the house, they are affectionately known as the “tweedles” (we decline to define “dee” and “dum” as it vacillates on an hourly basis).

This will be a long update, but for those interested in the details it is worth it:

The appeal of Shadow’s nuisance hearing is scheduled to be heard December 7, 2016 at 8:20 am in Department 43 of the Main Courthouse of the Ventura County Superior Court. The defendants/respondents are Ventura County Animal Services, Ventura Police Department, the four VPD officers who filed complaints under penalty of perjury against Shadow, and the person who conducted Shadow’s animal nuisance hearing. There could be some change in the parties and that could delay the hearing. As you can see, Shadow will not be suffering from any such delays, though.

The First Amended Writ and Complaint, without exhibits referenced and without the possibly 1100+ documents contained in the Administrative Record accompanying the case, can be found at https://drive.google.com/file/d/0B_OSg9wEO_xeOHBwRFg4a2ltc28/view?ths=true. The “FAC” contains a lot of facts, but barely covers about 1/3 of what went on in Shadow’s case.

This lawsuit is not just about Shadow, though. This lawsuit is about every animal owner in Ventura County. It speaks to issues that could affect animal owners throughout the State of California, if not beyond. Change is scary, but necessary in an evolving society. Some people do not like change and, therefore, this lawsuit is making certain sectors of the community very, very mad. As well it should, though not in the way some are taking it.

Asking our city and county to provide clarification to questions that are unanswered under the law is not wrong. Nor is asking them to provide records that are deemed “public” under the law even after they say that none exist (despite the fact that some are published online). Asking for a dog not to have a death sentence over his head for defending a loved one against four people who admit beating the dog’s loved one within the dog’s line of sight is not wrong. Especially when the “injury” that dog allegedly caused could have been the result of the actions of one of the other officers involved in the incident.

This is even more “true” in the county that touts itself as being the largest “no-kill” county in California in 2014. A county that pursues media coverage and outside assistance on that premise and provides/sells people with t-shirts touting their “no-kill” status still utilizes “abatement” orders of death in animal nuisance cases in the event of ANY future violation of the orders or animal nuisance law no matter what the violation may be.

Oddly, the “no-kill” claim for VCAS has yet to be made for 2015, but the agency still maintains – at least in the media – that it is a “no kill” shelter. Why, then, does VCAS maintain the right to kill a dog deemed a nuisance – for any reason and without a temperament determination – within ten days of a ruling if an owner does not comply with the orders put in place? Why does VCAS do this despite the fact that California law gives the owner 90 days to appeal such a decision? It is wonderful that VCAS claims to be a “no kill” shelter but it’s animal nuisance orders contradict that credo.

Pursuing these issues on behalf of an anyone, much less a member of an underserved population (such as the homeless and/or veterans who love and care for animals that are demonized for no reason other than a social stigma that changes by decade), is no reason to devalue a case, a cause, or the people involved – on either side. If you choose to look at this case, look at it and evaluate it on all points. On all merits, demerits, and everything in between. Nobody has done everything right and nobody has done everything wrong. But nobody deserves to have been given a death sentence over protecting a loved one in a manner that allegedly resulted in two stitches – whether by bullet that, thankfully, didn’t do the job or by statute/ruling that gives the government carte blanche to finish the job upon the slightest future violation of – at best – obscure animal nuisance laws.

On April 22, 2015, Shadow watched as at least 3 Ventura police officers utilized physical measures to “control” his human brother during the course of an arrest.  Shadow did what many dogs would do: he went to his brother’s aid.  It is alleged Shadow bit one of the police officers on the forearm.  Shadow was then shot by another police officer.

While there are laws governing animal bite hearings, they don’t address many important issues and they are unclear (if not contradictory) in others.  Shadow’s lawyer has been dealing with both Ventura City and Ventura County agencies trying to ensure Shadow gets a fair hearing.  That process is still ongoing and, because of the issues involved, we need your help raising awareness of the problems in the existing system.  Letters/emails/calls to local council members, the County Board of Supervisors, politicians, animal rights advocates, newspapers, etc. expressing concern would help get these issues noticed for Shadow at least and – hopefully – help in affecting change for the future.

Finally, substantial fees have been and are being incurred in preparing Shadow’s defense.  The City and County required money up front to get documents, videos, etc. that can shed light on what really happened that night.  Fees were also required to be paid for each witness we require to attend the hearing (the police officers).  Should Shadow be found to be a nuisance but not ordered to be put down, his boarding fees for the last 4 months will need to be paid as well.

Please consider speaking up for Shadow as well as all other animals who are the subject of animal nuisance hearings in Ventura County.

If you would like to know more about the issues involved, please visit: https://docs.google.com/document/d/1WI9gzwQFsUhdpyU_OAkZJS0BfOpl4eRISg4oi6eIgAg/edit?usp=sharing.

We can also be reached at HelpSaveShadow@gmail.com.

What is Buddy Nation?

Buddy Nation was created in Buddy's honor to help the homeless Pit Bulls of Ventura, CA. with spay/neuter, veterinary care, food and supplies.

Link to our fundraiser: Helping the Homeless Pit Bulls of Ventura